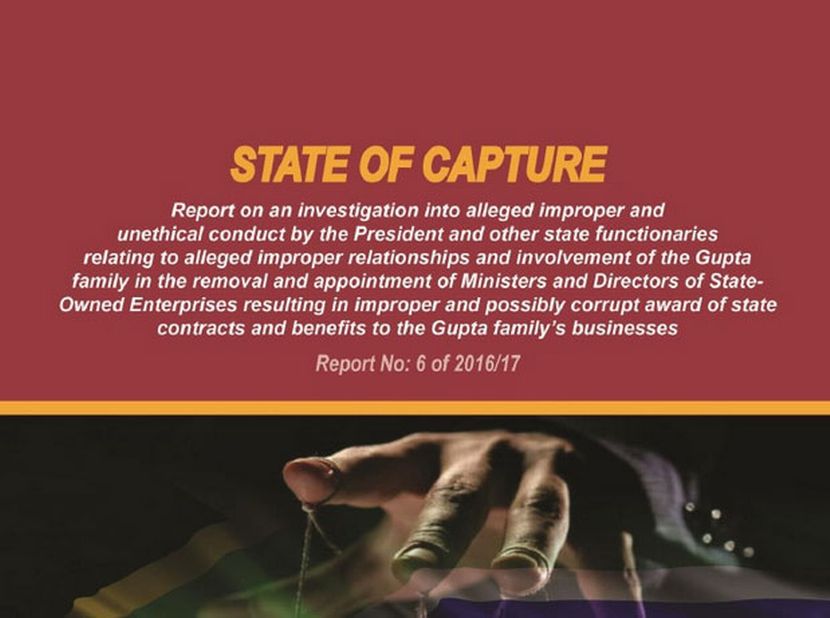 Delivering the memorial lecture of the life and times of Oliver Reginald Tambo Secretary General of the ANC, Gwede Mantashe, mentioned that “it is wrong when the wealth of the country does not benefit black people in this country.” He was alluding to the State Capture report which was released recently by the Public Protector.

Mentioning this is crucial in the face of challenges facing South Africa particularly relating to Transformation.
Manatshe said that we cannot take our “wealth” and give it to the Guptas and call it BEE. The process of transforming South Africa has been an uphill battle since the dawn of democracy. Facing intransigent white owned companies who refuse to change and now the possible threat of a predator State that seeks to take the county’s wealth and place it in foreign owned hands while benefitting some elitist black people is against the spirit and letter of what transformation is about. Some people complain consistently about white monopoly capital in South Africa, but seem happy to allow a company owned by foreigners and a few politically connected individuals to monopolise certain sectors solely through contracts dished out by government and State Owned Enterprises (SOE).

This action is tantamount to trying to break down an unjust system on the one side, just to build another one on the other, this time with the beneficiaries being a different shade. If this is allowed, when will black people on the ground be the true custodians of the wealth of this country and how long will it take for us to break down another unjust system?

Black people cannot be seen as aiding and abetting the handover of our economy to foreigners while a few become filthy rich. This makes the process of transformation more arduous than what it already is. It makes it nearly impossible to convince white owned companies to share their ill-gotten spoils from Apartheid. BEE in its original form was found wanting simply because it was designed in a manner that benefitted a few fortunate black people who were deemed worthy because of their struggle credentials. The system has since evolved to focus on transformation more broadly with all round good results if the B-BBEE legislation is implemented correctly. We cannot allow this process to be derailed if we are hoping for an equitable future.

For the sake of greater clarity and the avoidance of any possible confusion, foreign owned companies who started their businesses off the boom of South Africa’s economy in the early years after democracy do not qualify as B-BBEE recipients regardless of the colour of their skin. For large corporates and SOEs to farm out such large contracts to these companies goes directly against the spirit of the codes as it does nothing to bring about transformation for the people who suffered and lost while fighting for the liberation of this country. It further side tracks the issue of a non-transformed economy that is currently 80% owned by white people.

The goals of transformation are so hard to achieve when all these tactics to undermine the intention of the legislation are constantly being fought. The reality of it all however is that this parochial mindset is simply delaying the inevitable. Transformation needs to happen in order for our economy to grow. As former public protector, Advocate Thuli Madonsela, said at the Association of Black Securities and Investment Professionals (Absip) Financial Services Conference held in Sandton recently, “BEE is important. There is no chance that the country will be stable without BEE of some sort. There is no chance we could achieve a stable democracy, as long as there is injustice somewhere, we can’t have sustainable peace. B-BBEE ensures the promotion of equality and the prevention of unfair discrimination. But the reality is that the past still weighs heavily on us. This is especially true for those excluded from opportunities in the past.”

Let us commit to putting our efforts into transforming and growing our economy instead of focussing our energy on futile circumvention tactics.