The Hypocrisy of B-BBEE 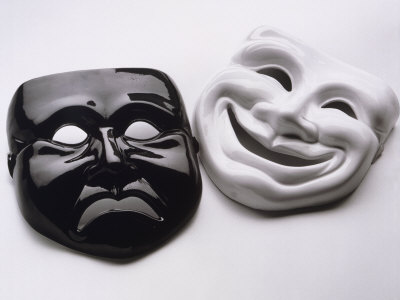 Year after year the Commission of Employment Equity (CEE) tells South Africans what they already know, that white men are in top management positions and black South Africans are lagging behind. There is truth in the statement, but a truth spoken without the will or power to change it does nothing for the situation. The absolute truth is that white men dominate in almost every sphere of senior and executive management across industries even in companies that are consulting on B-BBEE. Yes, white people are telling white people how to become blacker and we wonder why the change is so slow.

The universal reason for this is that even in the B-BBEE consulting world there’s a skills shortage. The irony would be so laughable, if it wasn’t so tragically serious. When white companies are confronted about why they don’t have any black staff in senior and executive management positions they quote the official response that is the equivalent of no comment, which is “no skills”. They then proceed to subscribe to superficial transformation strategies by throwing black people a bone putting them in junior management positions while the top is preserved for the proverbial white fellow that supposedly has the skills. What a cop out!

Meanwhile back at the ranch, according to a report in Politicsweb an Adv. Anton Alberts refers to B-BBEE as “interference in the economy”. The Adv. Anton continues to say that “If BEE does not exist, but the focus is placed on training and skills development from school level, the economy would already have fared better and that by creating business opportunities in an artificial manner for a couple of well-connected and ignorant individuals in general, the poor is, in reality, being betrayed.” Yes, these words were actually uttered. Such bigotry and parochial reasoning regarding the ultimate objectives of B-BBEE is in my opinion the foremost reason for the stagnation and regression of our economy. The fact that people like Adv. Alberts view the imperatives of B-BBEE, which is to redress the inequalities of the past injustices caused by the apartheid regime (which means white and black people were not equal and generations later are still not equal, Advocate Alberts), as creating “artificial business opportunities for well-connected and ignorant individuals”, is just an indicator of much still needs to be done towards achieving true transformation in our country and until this has been achieved, B-BBEE can unfortunately go nowhere.

B-BBEE should not be viewed by white companies as a threat but rather as a tool to increase growth, improve business and contribute positively to the economy. South Africa has the ability to create space for everybody, if everybody is prepared to move up and make space for each other. Being at the coal face of Transformation consulting I found that 60% of companies who implement a sound B-BBEE strategy reported an increase in profit, showed higher staff productivity and benefited year on year from increased business opportunities.

As a country, we’ve made mistakes in the implementation of B-BBEE due to cronyism, corruption and treating it like get rich quick schemes for the fortunate few. However, great strides have been made to rectify the wrongs and more and more people are now benefiting. South Africa’s growing black middle class is testament to the fact that it’s working. It just needs to be embraced, accepted and actually implemented by all stakeholders in our economy. The imperatives of the Revised B-BBEE Codes are clear and contrary to popular belief are not designed to “make business suffer” in our Country but rather to build our economy by affording black South African people the opportunity to gain sustainable access to the economy.