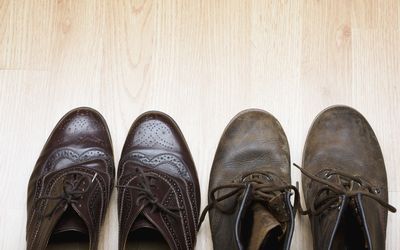 THE Broad-Based Black Economic Empowerment (Broad-Based BEE) Commission established in April has already received about 100 complaints about fronting and other abuses, some of which commissioner Zodwa Ntuli has found “traumatising”.

Most of the 95 complaints are from shareholders — most often employees — who were allocated significant shareholdings in order for the companies to achieve a high level of empowerment in terms of the codes of good practice.

Subsequently, they were sidelined, denied access to financial information, not informed about meetings and did not derive any benefit from their stakes.

In some cases, the employees had no idea what they were required to sign, while in others, the shareholders were forced to exit the company once it had been awarded the desired licences or contracts on the basis of its enhanced BEE status.

In an interview on Monday, Ntuli said that the second-highest number of complaints related to the work of verification agencies that incorrectly assigned a higher Broad-Based BEE status to companies suspected of having engaged in fronting.

She said that the agencies were legally obliged to investigate the integrity of the information provided and proactively report to the commission on any irregularities they discovered. Failure to carry out these tasks constitute an offence under the Broad-Based BEE act.

The number of complaints received in less than five months by the commission — an entity within the Department of Trade and Industry — underscored the need for such an institution, Ntuli said.

The commission did not intend to adopt a prosecutorial approach or to conduct witch-hunts of errant companies, but would rather try to work with them to rectify abuses and towards ensuring that Broad-Based BEE becomes embedded firmly in the structure of companies. “We will start off with a strategy which will give people an opportunity to do things right,” said Ntuli.

“Our focus is to ensure that Broad-Based BEE is applied correctly.” However, a tougher approach would be adopted if glaring irregularities were uncovered and there was a strong resistance to attending to them.

The commission is also involved actively in giving advice on Broad-Based BEE compliance and on clarifications of the law.

While the commission had sufficient resources currently to do its work, Ntuli expected that more would be required as this process intensified.